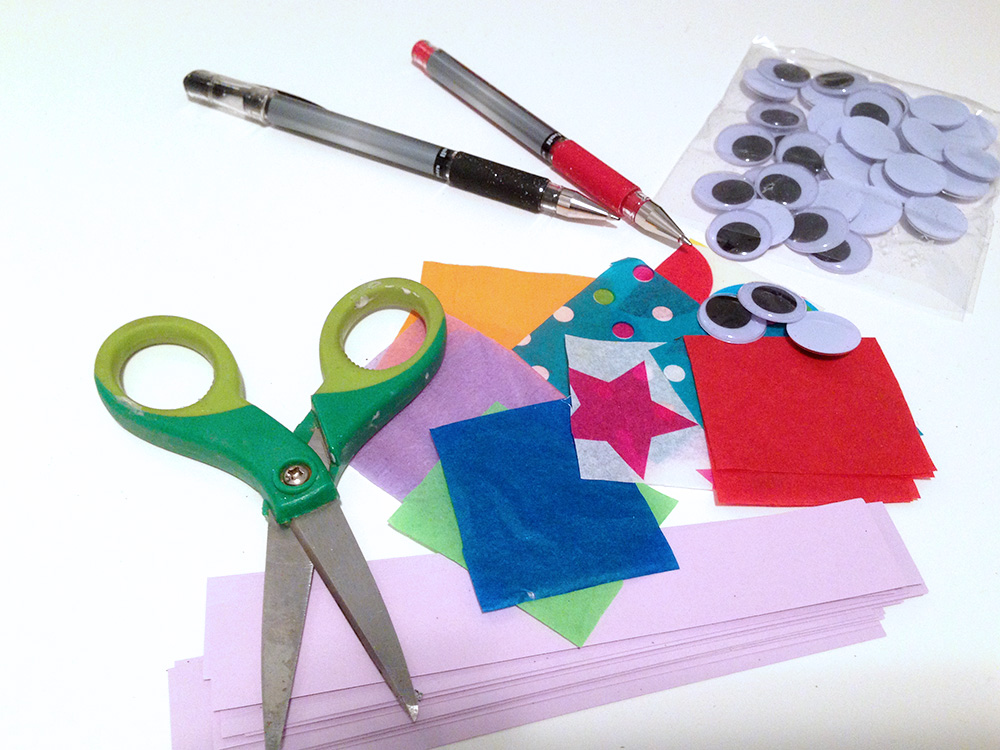 Okay…I know that in blogging terms this post is probably a few weeks late given that Valentine’s day is tomorrow, but meh – that’s just how I roll.  Actually full disclosure how I usually roll is leaving everything to the last second and then pulling an all nighter to finish just in time for Kash to wake up the morning of [insert school event requiring me to bake, craft, etc.. here].   So in terms of personal achievements, I think being done a full day ahead of time deserves a pat on the back.  Plus this project being one that Kash and I could work on together meant that I had to operate within the constraints of 4-year-old bedtime hours.

That, or…maybe this craft by one of the most talented bloggers I’ve had the pleasure of meeting provided just enough inspiration for me to get off my but a little early this year.  Either way, I thought I’d share what my little guy and I’ve been up to this week.

I knew I wanted the starting point for this craft to be the aluminum foil/tissue paper collage that Alex used in the incredibly cute cards she made with her girls.  My little man however, isn’t really into the whole pink and hearts thing, so I thought it’d be fun to put a twist on the end result.

There don’t seem to be a whole lot of options out there for ‘non-traditional’ Valentines for kids (ie. ones that don’t use hearts).  There’s the good ole “I choo-choo choose” yous & the “Will you BEE” mines, but I wanted something a little out of the box.  And then I turned on the radio and heard Drake singing:

And inspiration hit me. 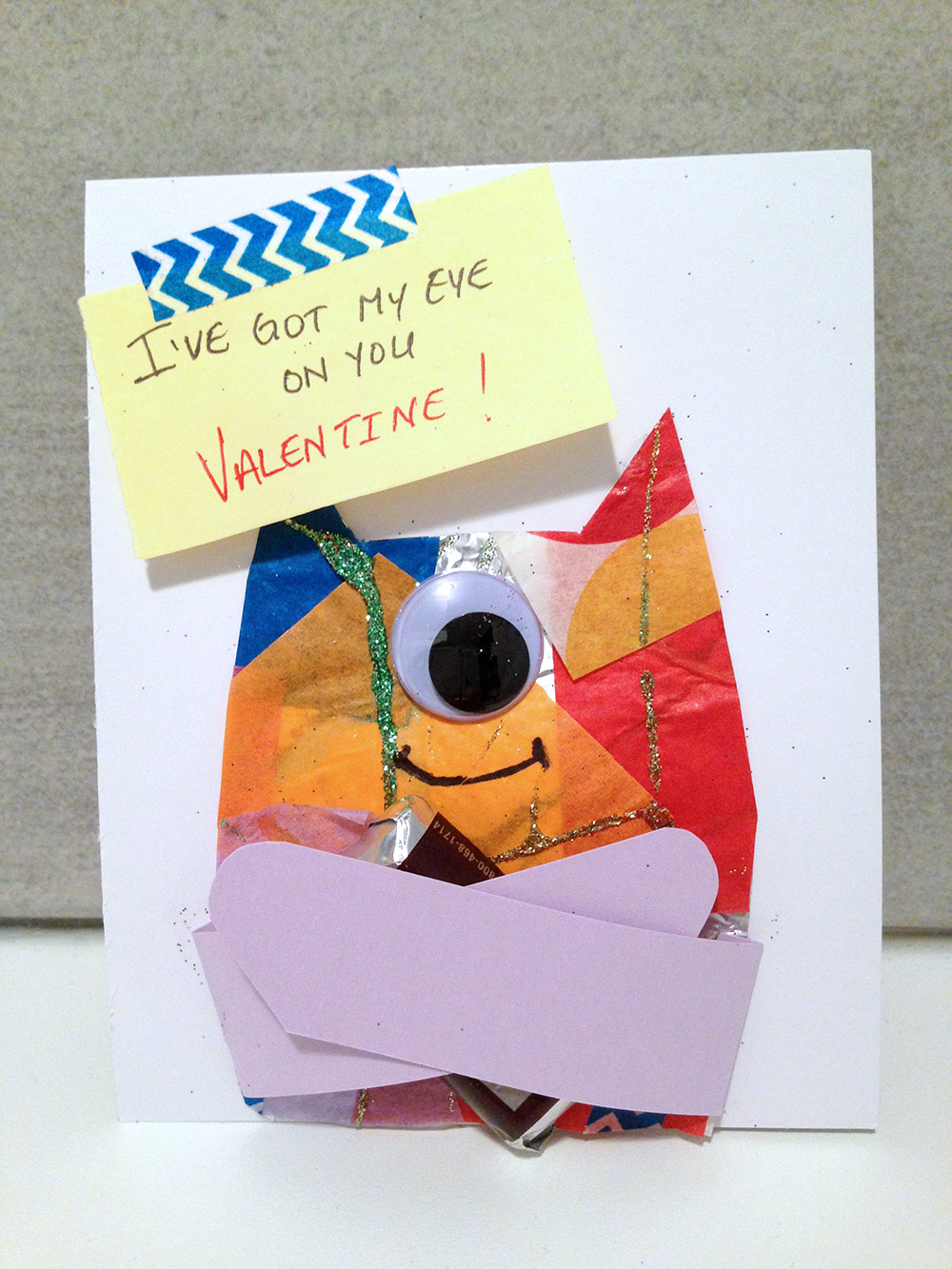 My original idea was to just have the monster on the card with the “I’ve got my eye on you” wording.  But Kash wanted to give his friends a card along with a small treat.  So I decided to give our one-eyed friend arms to hold a mini Hershey’s chocolate by using some extra strips of cardstock  I  had laying around (off-cuts from a set of invitations I made for my mother-in-law). I actually think this makes it even cuter – and what Valentine would be complete without a little chocolate right?? 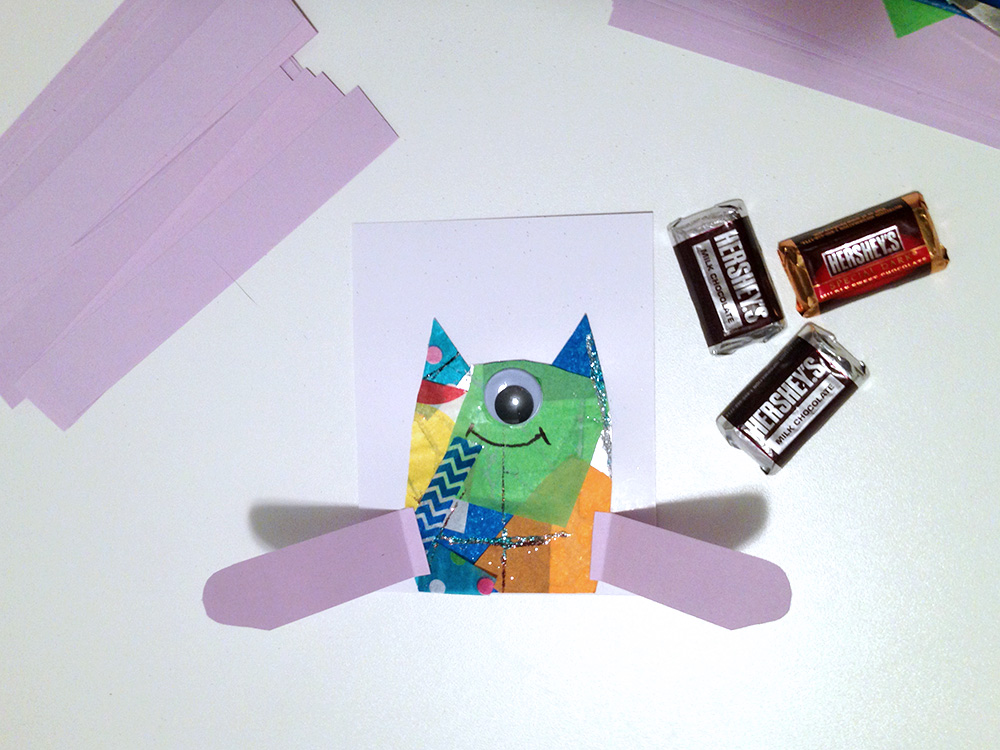 So there you have it.  A simple heartless Valentine’s Day craft that lets you get rid of the hearts but keep the sentiment…hehe, I love a good pun. 🙂 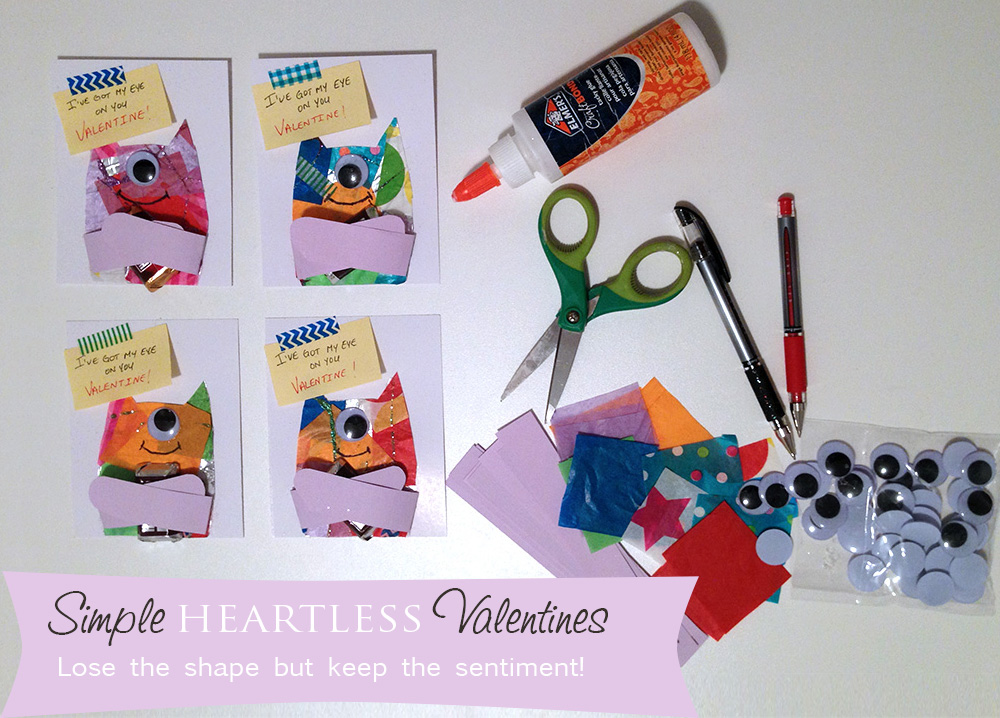