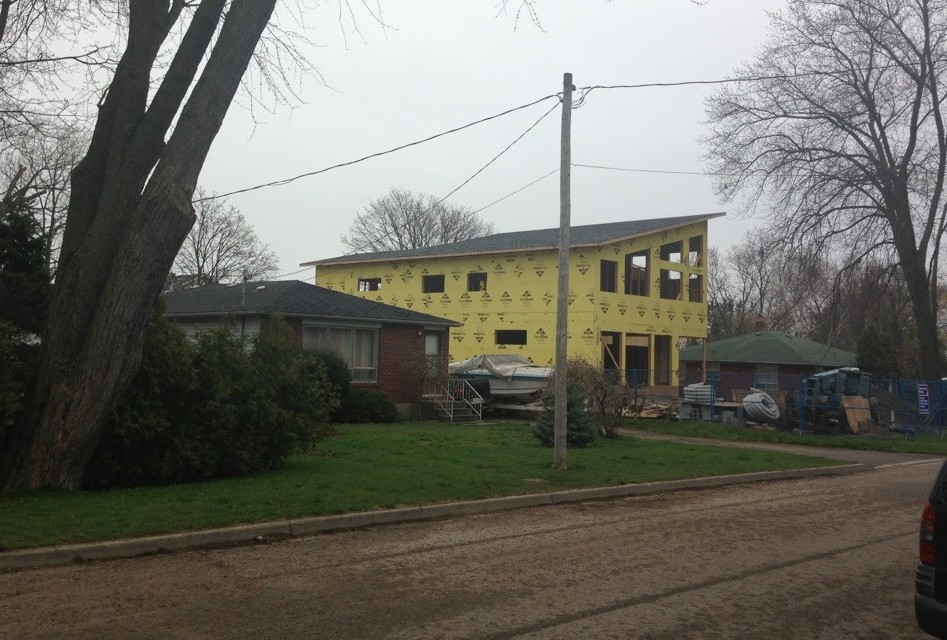 This puppy’s got a roof!

The roofers were on site yesterday so we stopped by the Dreamhouse this morning to snap a quick pic of the progress – not bad for a day’s work eh?

We’ve spent the last couple of weeks reassessing the budget & getting new quotes for the next phase (plumbing, electrical, HVAC etc.) to get the numbers back on track after the few snags we hit early on with the demo, permit costs & some of the lumber overages during framing. So after many days of nothing but phone calls, emails & meetings (for Kevin), it’s pretty exciting to finally see a bit of forward movement on the job site.

So there you have it. We’ve got a roof. Like an actual roof, with shingles and everything! Having a roof means we’re one step closer to being watertight – and apparently not a moment too soon now that spring seems to have finally arrived and with it all those ‘April showers’. And I really don’t care about them bringing ‘May flowers’ unless they come with some serious sunshine.

But either way May is sure to bring a LOT more progress…it’s GO time! 🙂

The week in review… 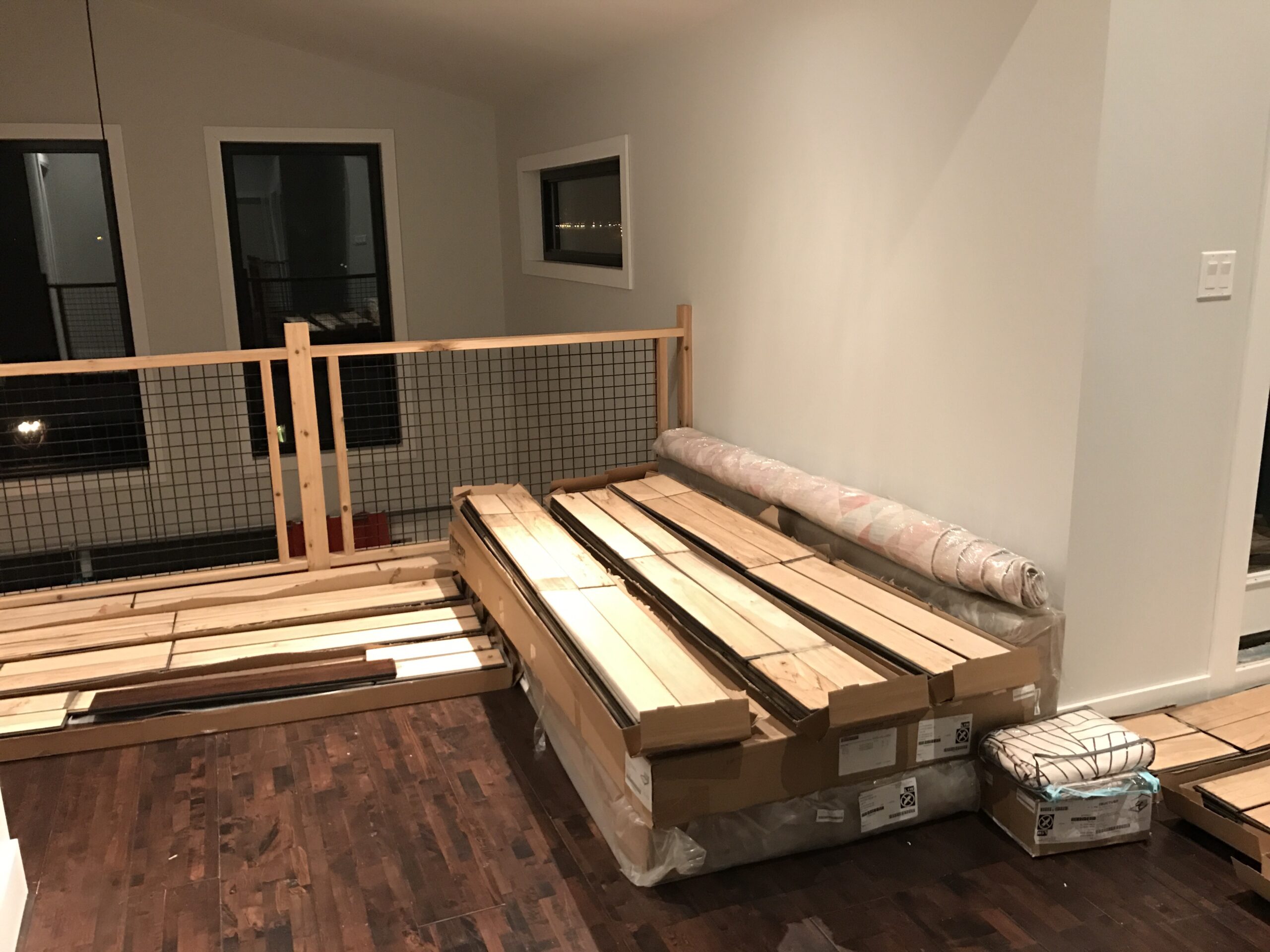 Elements of a Dream Bedroom 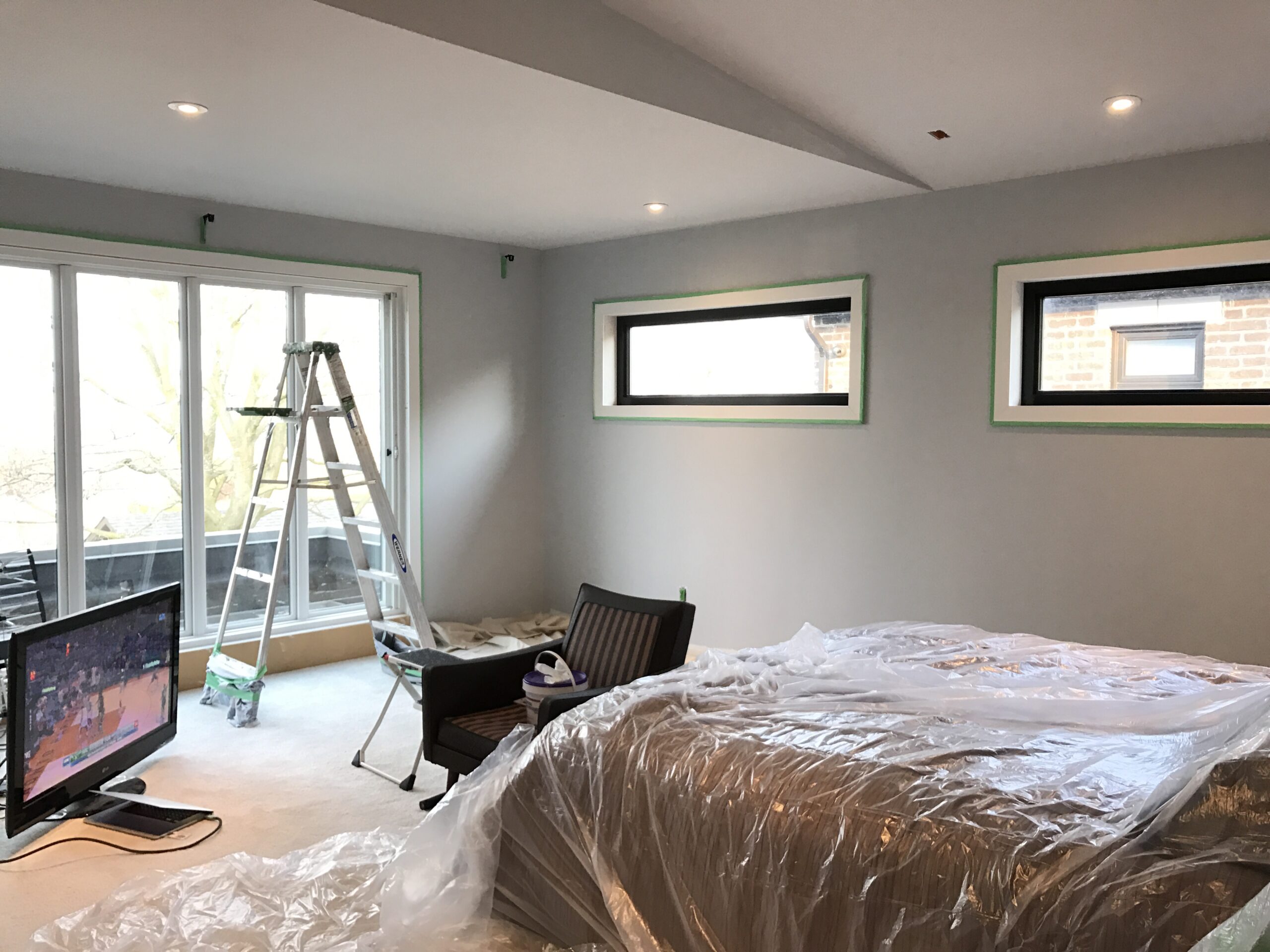 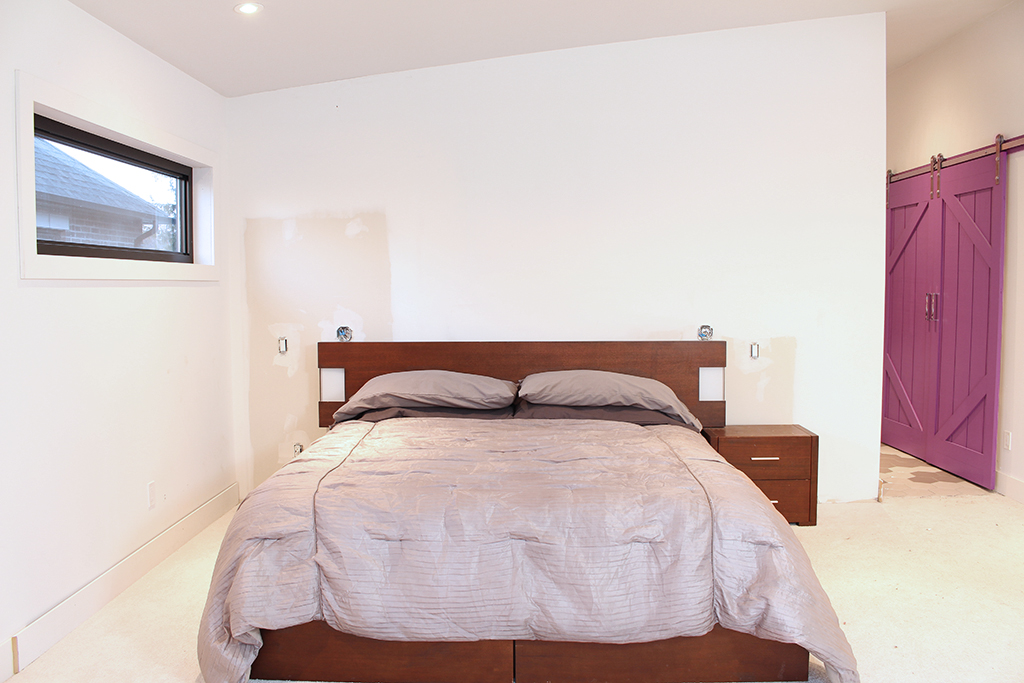