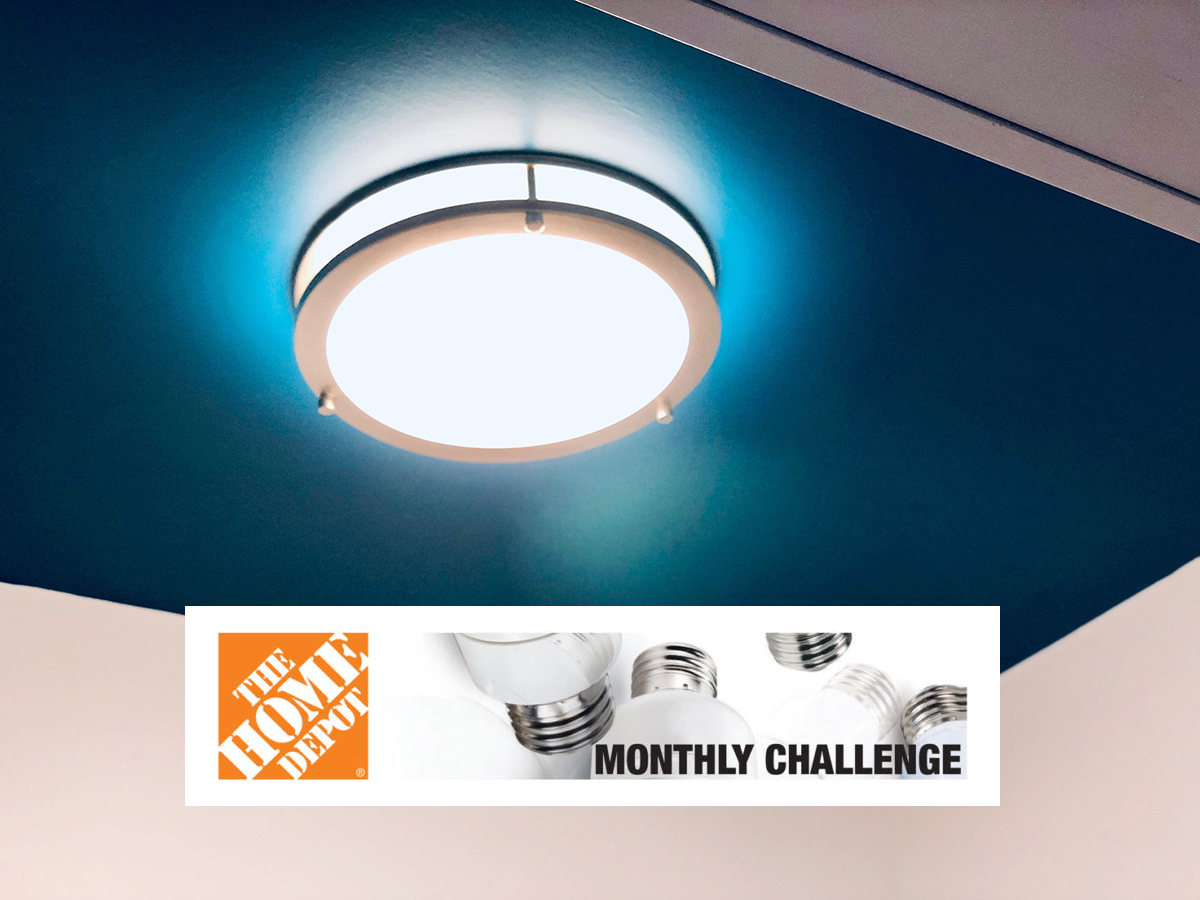 We’re almost through the month of May! How did that happen?? Oh, right – I guess we’ve been so consumed with all things master bedroom that April just seemed to completely pass us by. That doesn’t mean though that we let Earth month come and go without taking some time to make a few energy saving changes in the Dreamhouse.

When The Home Depot challenged us to think about how we could make a simple eco-friendly update in our home, there was one room that immediately came to mind – the powder room. Our powder room is literally the only room in the house that doesn’t get any natural light so using the overhead light is a necessity. When we were building the house, however, our el-installatør installed what we not-so-affectionately refer to as ” boob lights” everywhere as the default overhead light fixture.

Not only do we hate the “builder basic” look of them, but they’re not the the most efficient – especially with the incandescent bulbs they were installed with. We chose to swap our our “boob” for this simple LED flushmount which has an integrated LED light source. 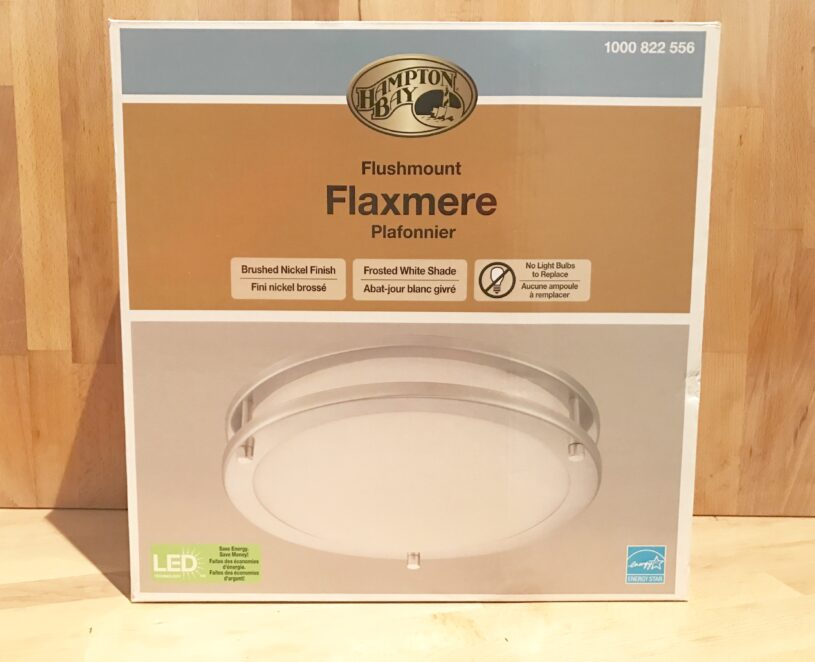 Since LED lights can burn for thousands of hours that means no more changing lightbulbs!!! And if you’ve ever tried to balance on a ladder while attempting to hold a light fixture in place with one and and secure it with the other then you know why I’m so excited about that. But the best part is that the LED produces the same amount of light as the incandescent bulb, all while using 70% less electricity. Translation: less energy use = less money spent on our hydro bill! Needless to say, replacing the fixture with one so much more visually appealing that will also save us time and energy is a win win…win! Of course, there are some other steps we are thinking of taking to reduce our utility bills too. A friend of ours recently switched energy providers after reading this summary of the best electric companies in Texas and has managed to save a significant amount of money. We might have to weigh up our options to determine whether we could make a saving by changing our energy deal as well. 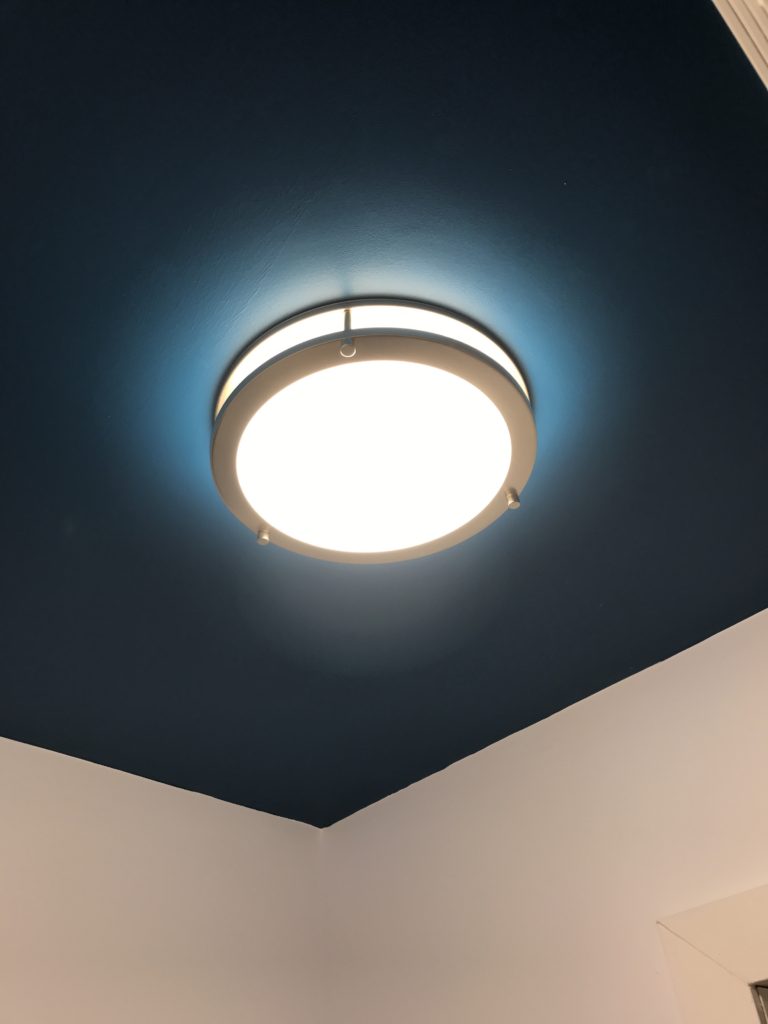 But then we thought … why stop there??

Since the powder room is the only bathroom on the main floor it tends to be the one our little guy uses the most – particularly during the after school hours. Kes and I can’t tell you how many times we’ve come home from work in the evening to find either the light left on, or the fan, or both. Those of you with kids understand the struggle. Having an energy saving light fixture is a little bit pointless if the light is being left on constantly. A simple trip to aisle 9 at our local Home Depot though, and we were all set. 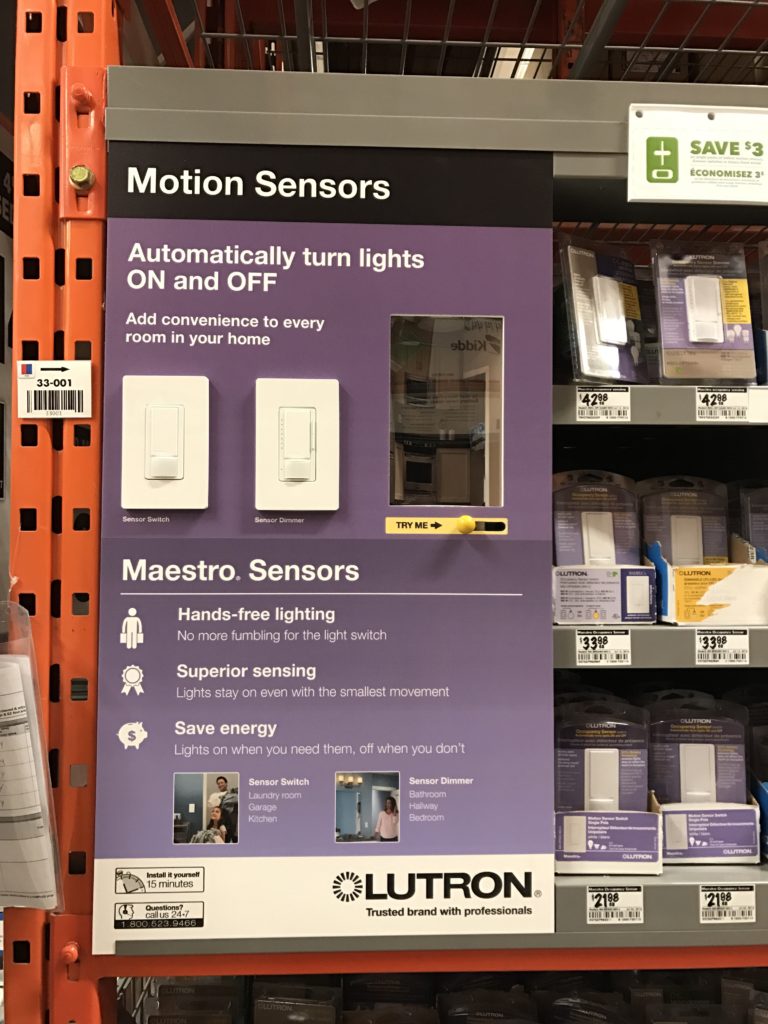 We picked up a motion sensor as well as a timer so that we’ll never have to worry about anything being left on in the powder room again.

The occupancy sensor detects motion & automatically turns the lights on when you enter the room. If after the set number of minutes there is no further activity, it automatically turns them off again. It still gives you the option to use the switch manually, but the sensor works so well there really isn’t a need. Oh – and a little bonus that I hadn’t thought of – no more grubby little fingerprints on the wall switches! How awesome is that!? We did consider a time switch which allows you to decide on set times for lights to be on and off, but we felt that the motion sensor was more suitable for our home in particular. Others might think differently in which case they can see products like timers at www.aliontimer.com and have them installed instead. 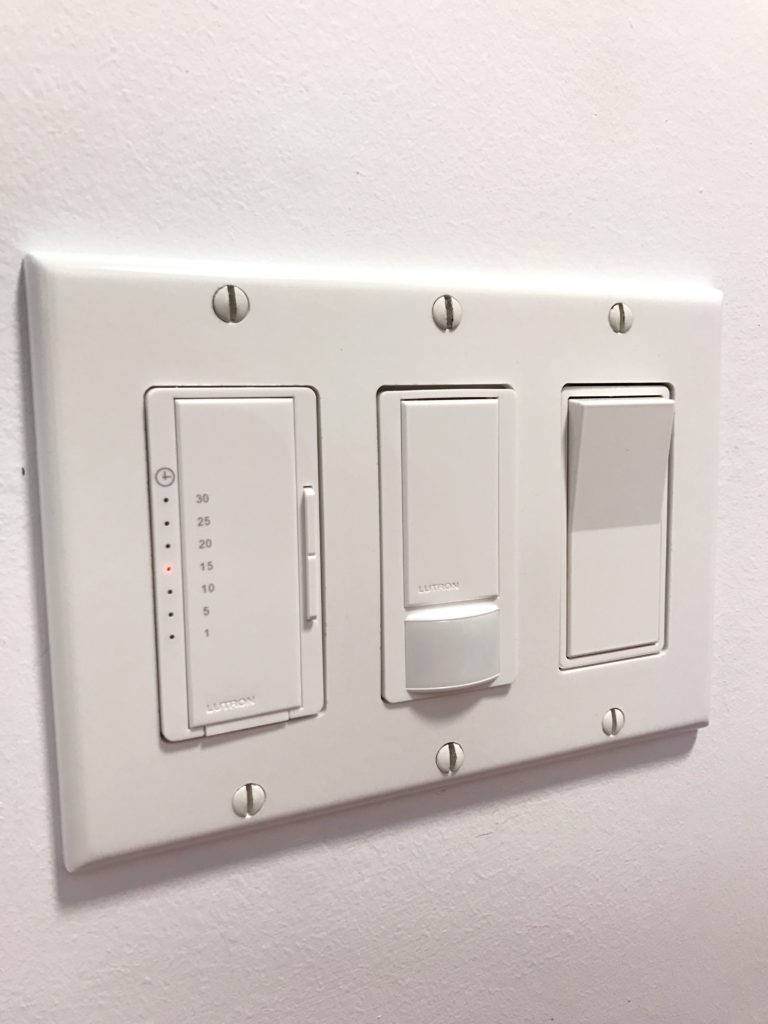 The fan timer is another feature I love having that I can’t believe we didn’t think of installing right off the bat. It allows you to set the fan to run in 5 minute increments up to a maximum of 30 – meaning we’ll never come home to a running fan again! We definitely need to get another one of these for our master bath, which if you remember is open to our bedroom. Kes likes to have long steamy showers which tend to fog up our windows. Being able to run the fan for a bit longer after we’ve left in the morning would be a really nice option to have.

For now though, we’re super happy with the update to the powder room. It’s not the prettiest room update we’ve done, but probably the first one that’ll actually put money into our wallet rather than the other way around!! 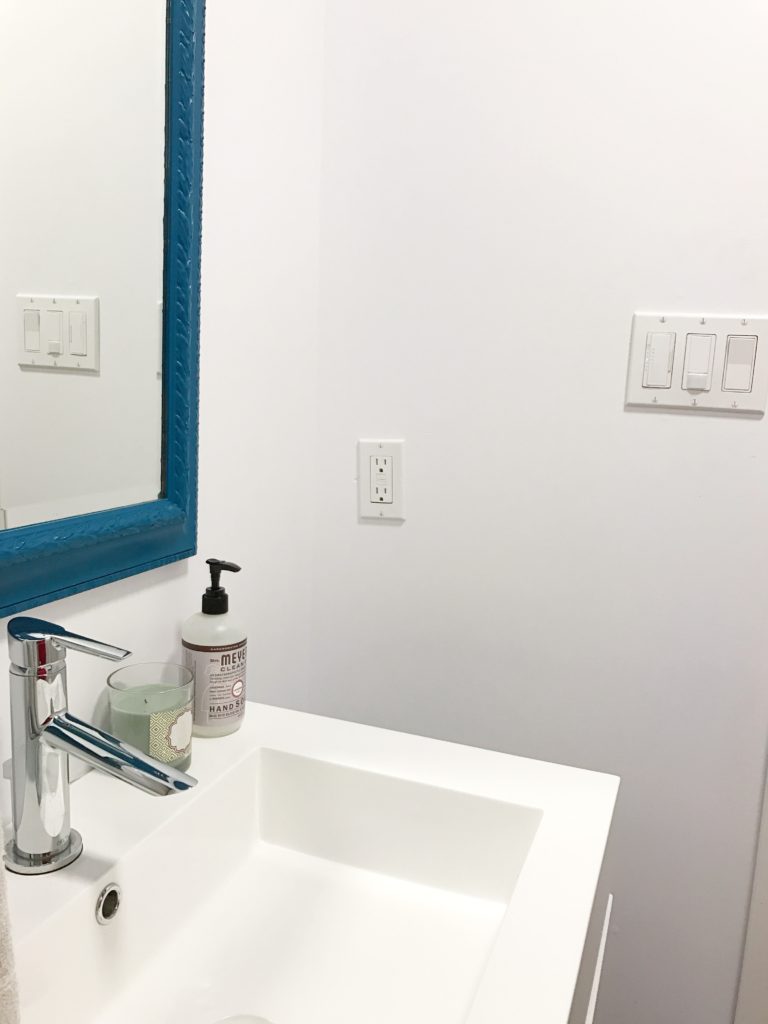 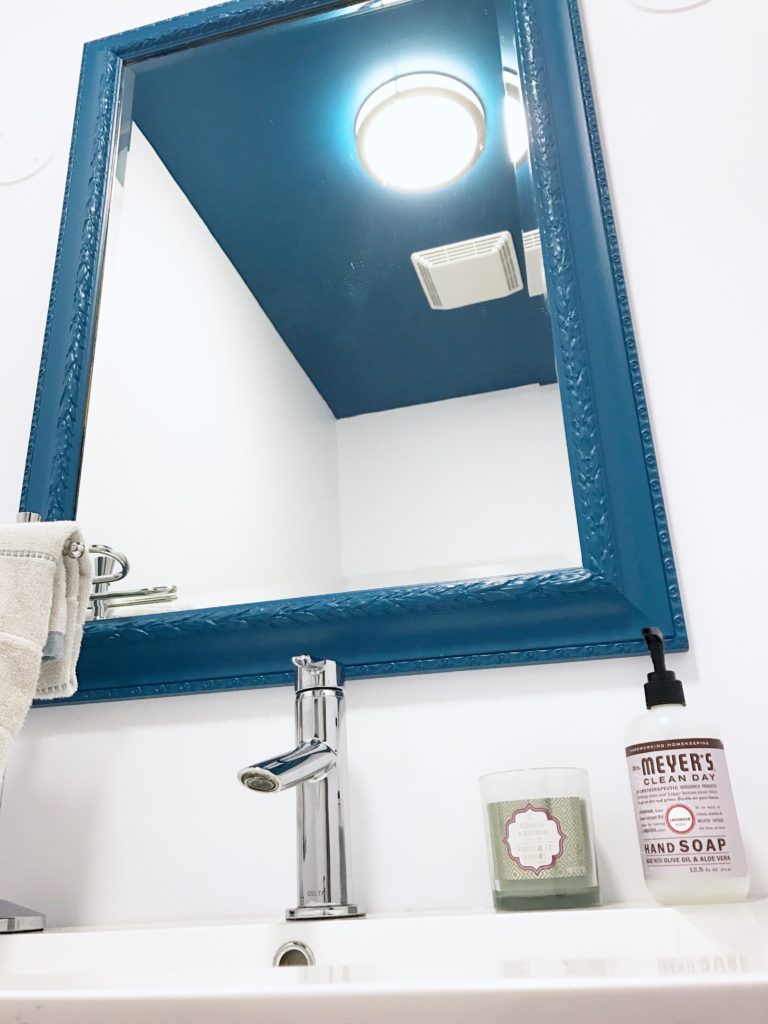 This post is sponsored by The Home Depot Canada who generously provided us with a gift card. All product choices & opinions are our own. 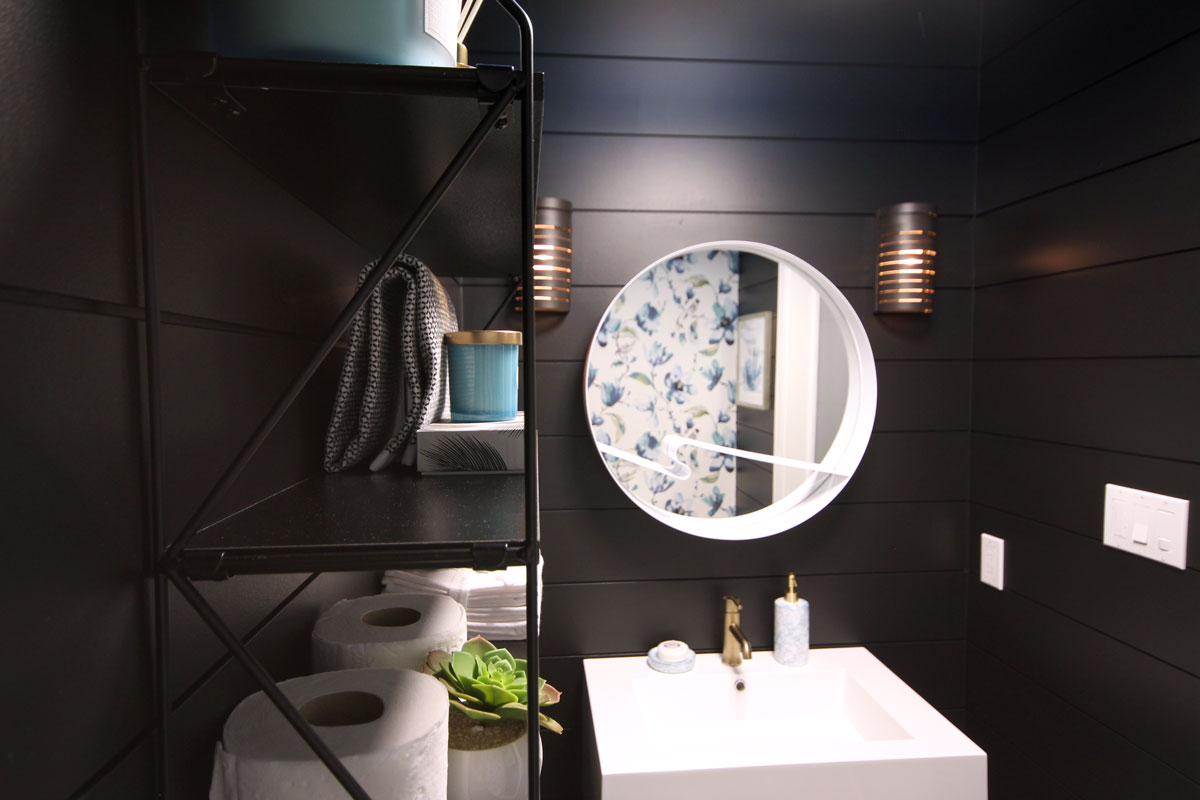 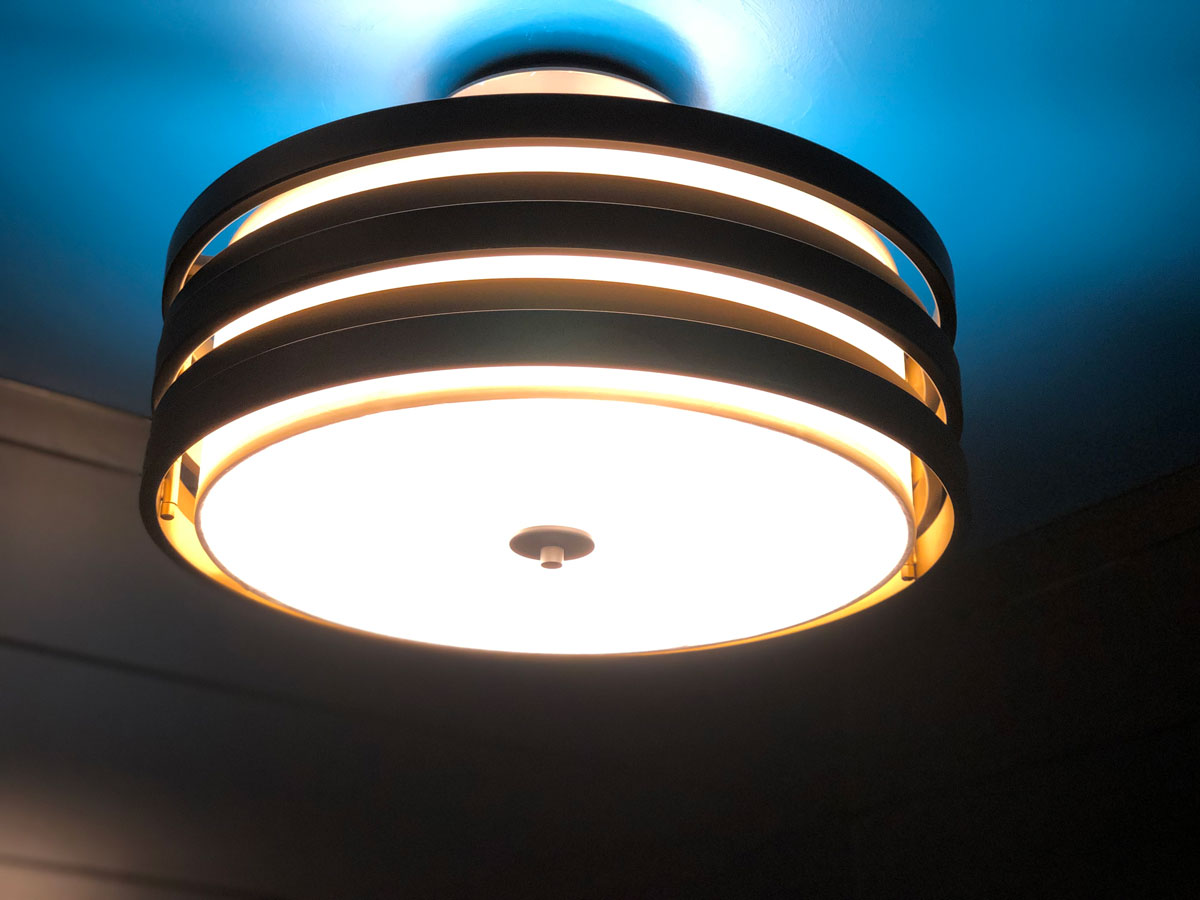 The bold & the bright: paint & lighting 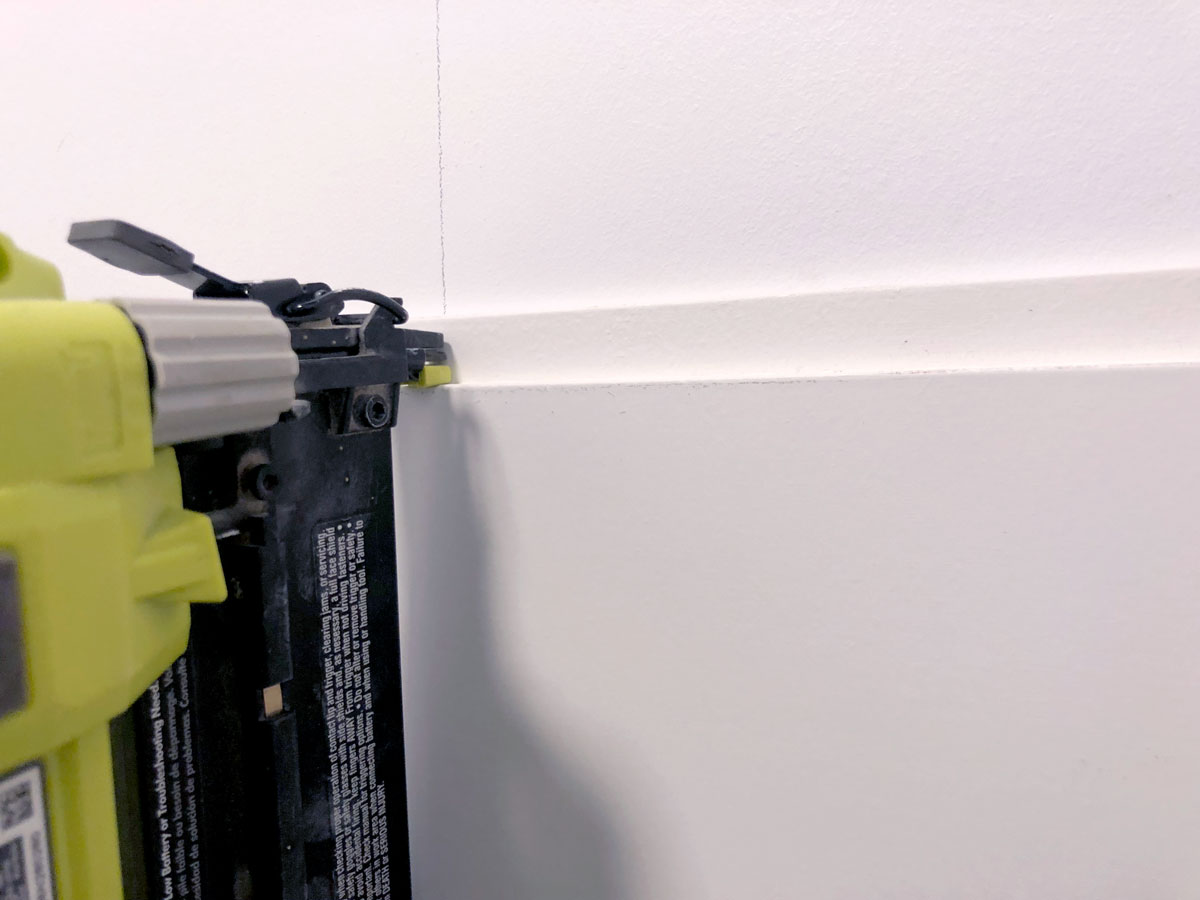