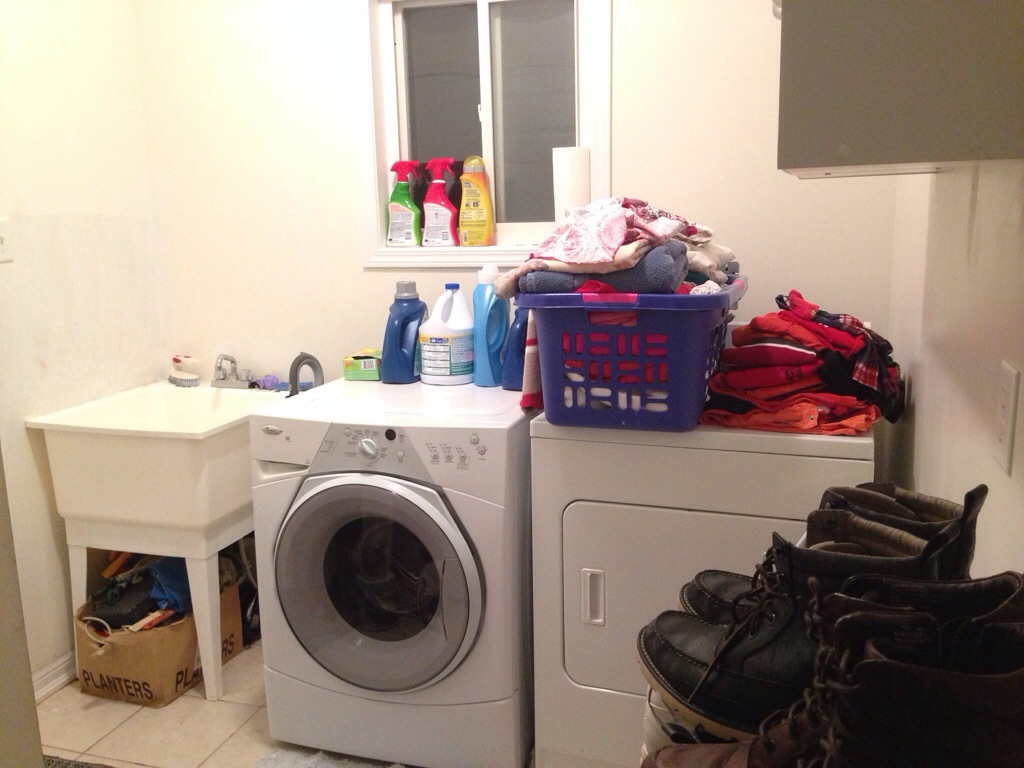 If you’ve been following our journey, you know that we’ve been living with my parents since we sold our first home last summer to embark on building our Dreamhouse. In the nearly year and a half we’ve been back home, there’s almost never been a time that they haven’t put our needs above their own.
From getting up early to help with our weekday morning routine, to always being available for ‘at-a-moment’s-notice’ babysitting, and even putting up with us having taken over their garage to store our belongings, my parents have opened their home to us asking little more than a tiny contribution to the grocery bill.

So when the time came for us to decide on our first PARA Blog Crew project, we thought it might be time to give back. So for Christmas this year, we’re giving their house a bit of a facelift.

With 4 adults and a pre-schooler in the house, the laundry room is definitely an area that gets a lot of traffic. It also happens to be the only room in the house that after 7 years is still ‘builder beige.’ But beyond the aesthetics of paint, the function of the laundry room as is, leaves much to be desired. 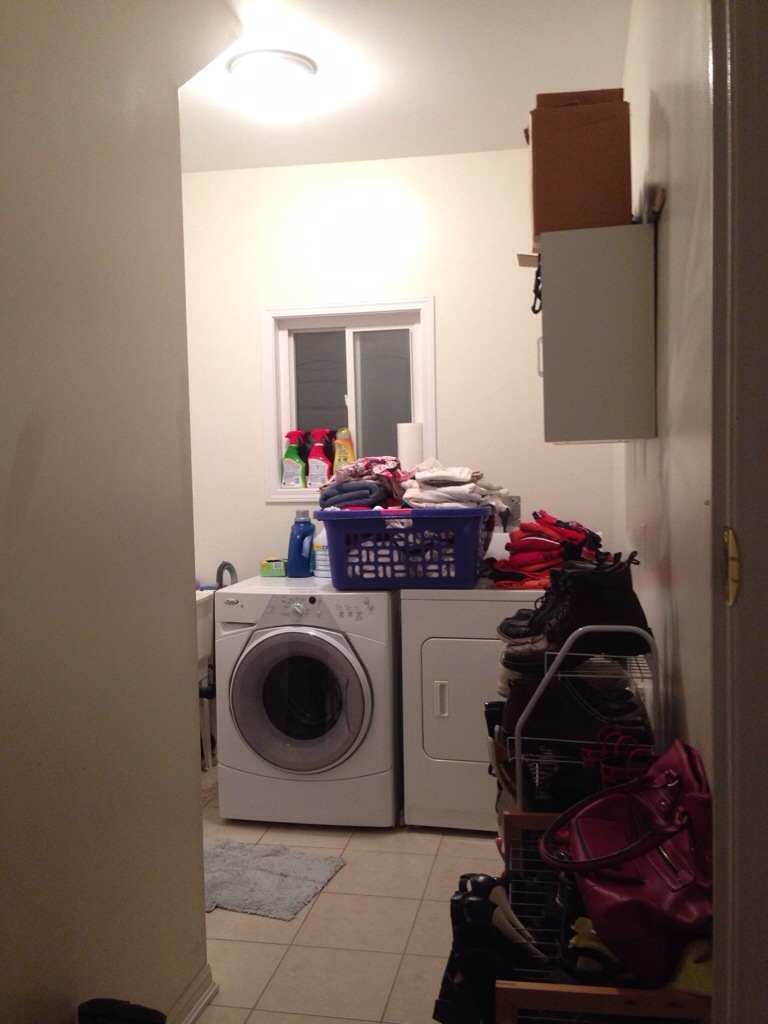 The laundry room: before

A near-complete overhaul of the space. We’re thinking a proper work surface, some tile on the walls, a functional laundry sink & cabinet, some sort of mud-room type storage, and of course a few fresh coats of PARA paint to bring it all together. I was recently telling my friend about these plans, and she suggested that I should consider finding some new appliances too. Whilst we weren’t initially planning on changing the appliances, it’s something that we could think about doing. My friend even showed me some of the best top loaders on the market these days, and some of them did have some interesting features. Perhaps I’ll spend some time looking at some new washing machines and other appliances. It might be worth changing them as they are probably getting older now. Of course, if you get new appliances, you should make sure you have a home warranty to cover any repairs and replacements. I’ve been told that First American has the best home warranty florida citizens can get, so that could be the first place you check. But anyway, for now we’re more focused on the actual room, so we’ll sort that out first.

We’ll be taking you all the way through the DIY in a series of posts over the next couple of weeks leading up to the final reveal just in time for Christmas.